The Daily Mail transgressed the press regulator rules no fewer than 50 times in 2017, making it by far the biggest offender of the year out of the publications monitored by IPSO.

This was more than the combined total of the next three worst offenders (Daily Express, The Sun and the Daily Telegraph) and far in excess of its 2016 total, when the paper also topped the charts.

The 2017 figures show an overall rise in IPSO sanctions compared to 2016, which could be due to worsening press standards or greater vigilance among those monitoring and reporting transgressions to IPSO.

In terms of overall figures, the Daily Mail chalked up 50 offences. The Daily Express was second worst with 19, then The Sun with 17, the Daily Telegraph with 10, The Times with 8, the Daily Star with 6 and the Daily Mirror with 5. 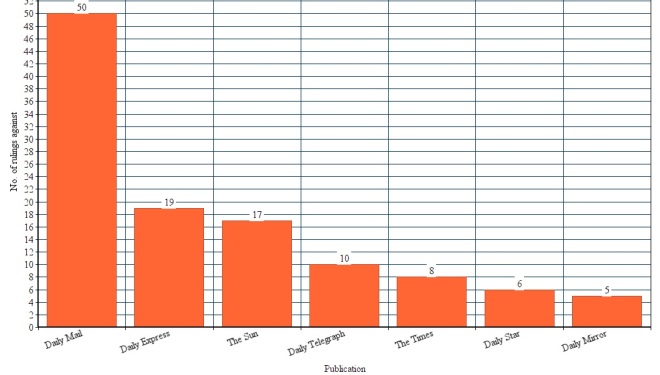 These include breaches of various clauses of the Editors’ Code of Practice, including accuracy, privacy and harassment. Concerning accuracy alone, the Mail breached the code on 37 separate occasions. This is over twice the number of times it breached the code in 2016 (when it was sanctioned 17 times). The Express followed with 17 breaches, and The Sun with 16 (both up on their 2016 totals). 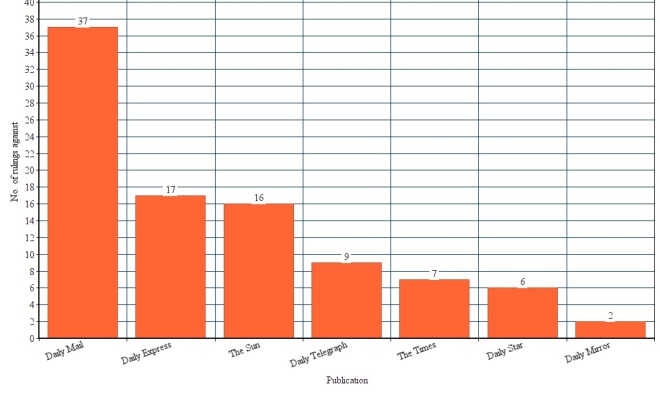 Figure 2 (above): IPSO rulings for inaccuracy 2017

This is worrying news for the Daily Mail, the most popular daily paper in the UK in terms of online readership, but perhaps highlights why Wikipedia made the decision to classify it as an unreliable reference source in 2017.

Perhaps what these figures show more than anything is that the current IPSO sanctions are ineffective. If they were working, you would expect the number of times these papers were pulled up for inaccurate content to decrease. The very fact that the Mail, the Express and The Sun are committing more offences than ever before does little to instil confidence in the current IPSO model as a regulatory force.

IPSO was established in 2014 as an independent regulator of the press but has been criticised for not imposing sufficient penalties when guidelines are breached. Offenders generally get away with printing a small correction notice months after the original offending article was published.

Surely it’s time to make papers pay for their indiscretions rather than handing out token ineffective punishments. Some have suggested forcing papers to publish corrections in bold print on the front page. Others have suggested imposing fines to hit publications where it hurts.

Another idea could be to impose a ban on papers covering certain subjects for different periods of time if they can’t report truthfully and accurately on them. After all, if a paper has repeatedly demonstrated that it can’t handle a topic responsibly, why should it be allowed into a position where it can influence millions of people?

IPSO does have the power to impose tougher sanctions such as increased prominence of corrections notices or even fines for serious or repeat offences. It can be contacted here.

**IPSO rulings include both breaches of the Editors’ Code of Practice, where no agreement between the parties can be reached and IPSO has to intervene, and Resolution Statements, where the publication admits it has breached the code and offers to make a statement/concession that is to the satisfaction of the complainant.

Don’t like what you’re seeing in the press? If you see an article you’re unhappy with, you can email the press regulators at inquiries@ipso.co.uk to voice your concerns. If enough complaints are received, they will have to look into it.